The T Visa is a type of humanitarian immigration relief allowing survivors of human trafficking and their immediate family members to remain and work temporarily in the United States. In addition to several benefits, the T Visa also creates a path to a green card. 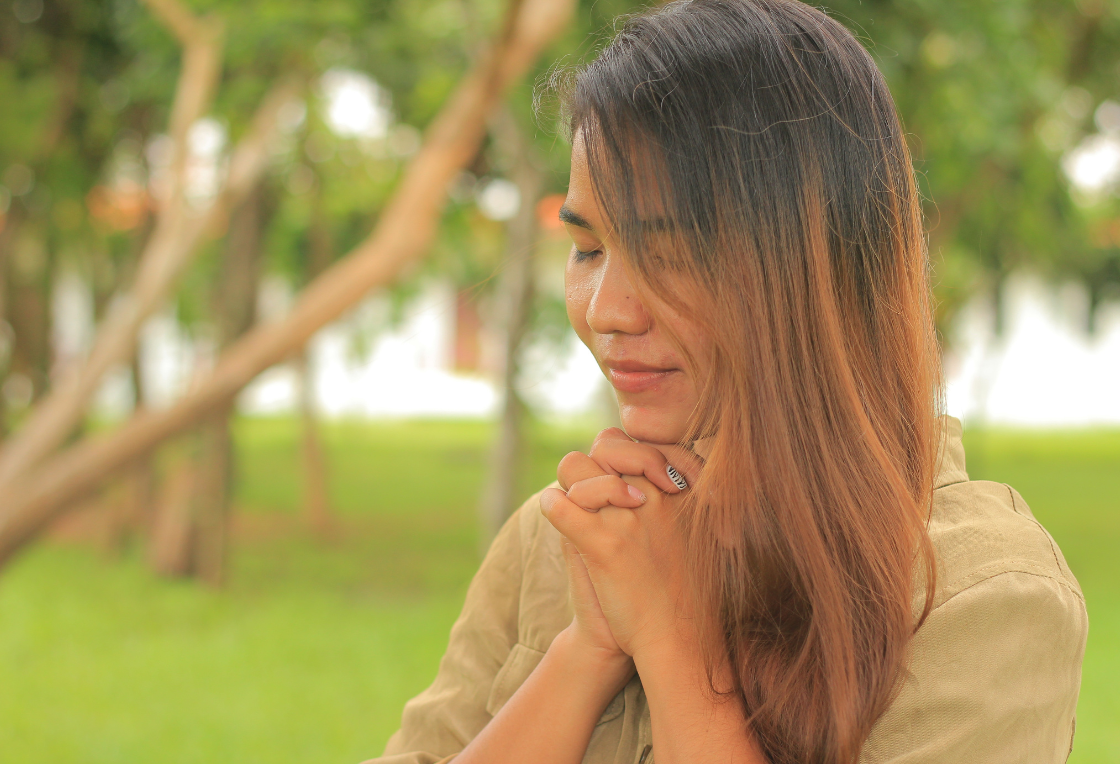 Could I be a victim of trafficking?

Most people associate human trafficking with extreme examples of slavery or people being sold for sexual services. However, human trafficking situations are far more common and out in public than many realize. It is common for someone to be a victim of trafficking and not realize that they were a victim until years later. Many dismiss what happened to them as just having a mean boss or boyfriend. However, it can be more than just an abusive situation – it could be human trafficking. • For example, if you have been underpaid for your labor and have suffered physical abuse or intimidation, received threats of calling the police or immigration, or are not given the necessary tools to carry out your work, or have suffered an accident in work without support.

A T Visa is a form of immigration relief available to an applicant who can show that he or she:

How Long will it take for my T Visa to process?

The processing time for the T visa depends on many factors and it varies from person to person, but on average it takes approximately 18 months to get a decision. 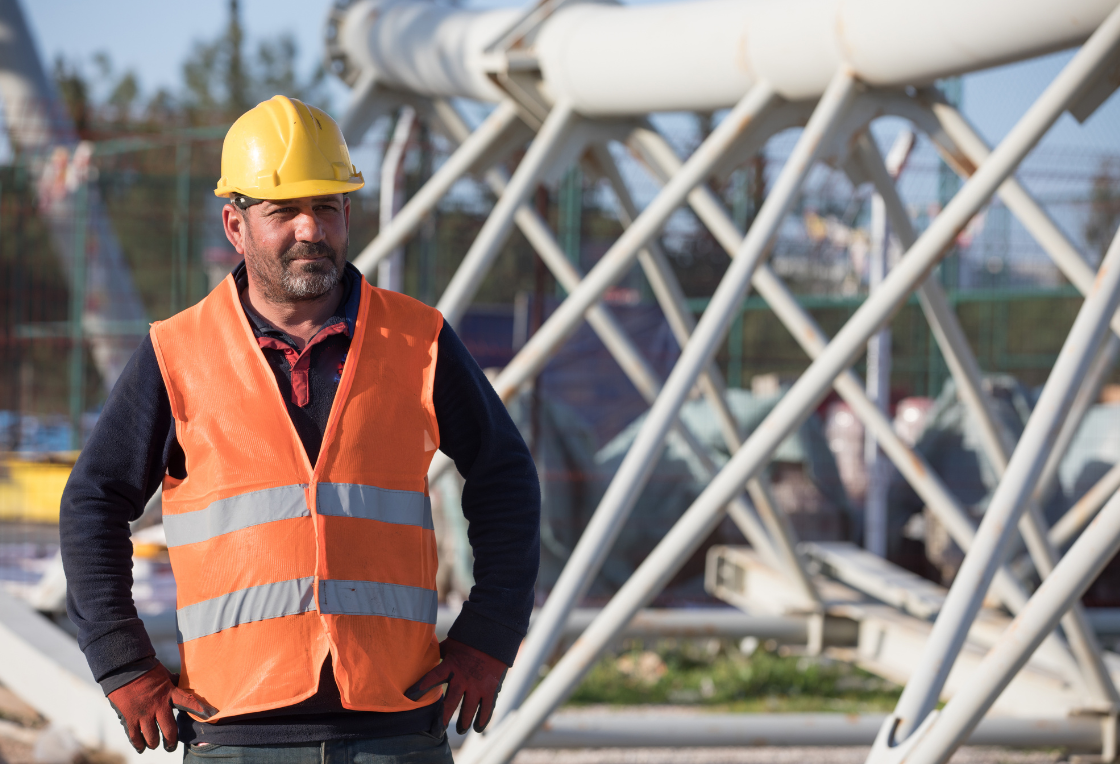 Advantages of T visas over other forms of Immigration relief

Can I Get a Green Card on a T Visa?

Yes, you can apply for permanent residency after you receive a T visa. To be eligible for the Green Card, it is necessary to meet some additional requirements, such as:

** Please note that here at Eagan Immigration, we always try to submit the I-485, Application to Register Permanent Residence or Adjust Status, prior to the three-year residency requirement by asking the Department of Justice to allow the applicant to apply earlier for their greencard. So far we have successfully obtained these DOJ letters with all of our approved T visa cases.***

Below, you can read some of the success stories that we have had here at Eagan Immigration. These clients were able to get their T Visa approved based on different scenarios. If you identify with any of the stories, there is a good chance that you too can apply for a T-Visa. 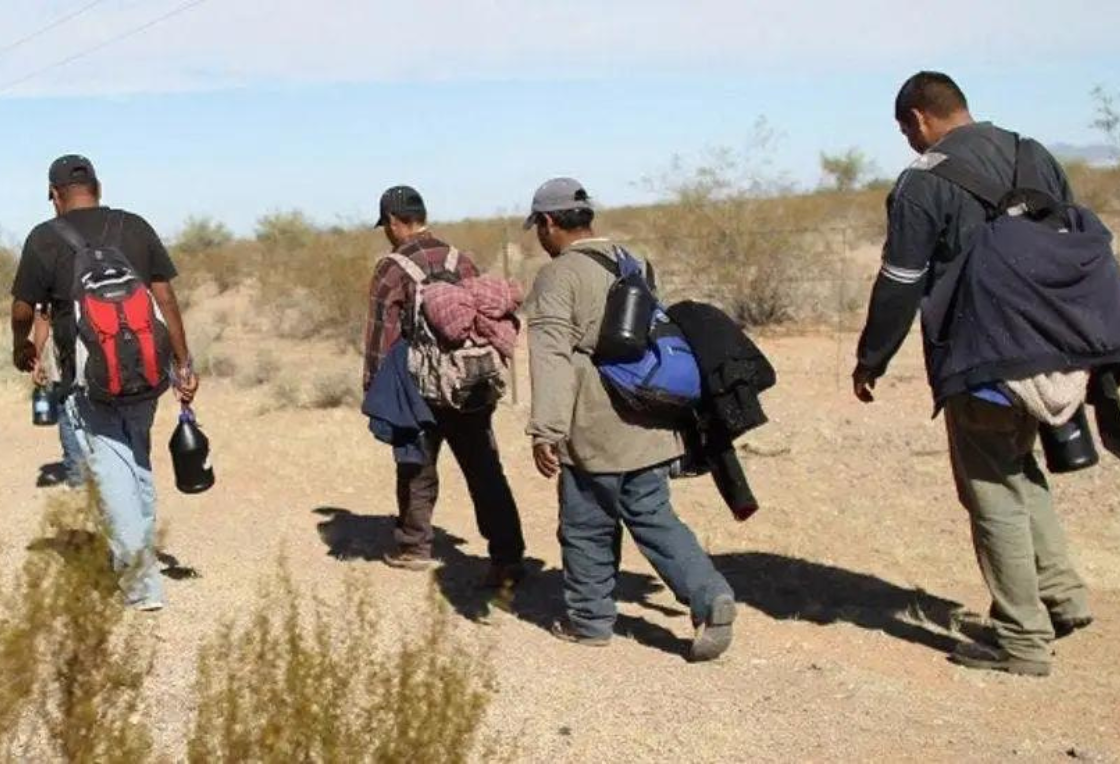 Roberto wanted to come to the U.S., and he hired a coyote in Mexico to get him across the border. The coyote organized Roberto to travel with a group of 5 other people. As they were preparing to leave, the coyote forced Roberto to carry a heavy backpack. Roberto did not want to do this, as he was afraid of what was in the backpack, but the coyote and the two other men helping him carried guns and threatened that if anyone disobeyed their rules they would be beaten and left in the desert. The group walked across the desert, Roberto carrying the backpack. When they arrived in the U.S., Roberto was taken to a house with about 30 other people. The coyotes took his clothes and all his belongings, and they forced him to stay in his underwear. The coyotes made him call his family members to demand more money for the coyotes. Roberto was at this house for about 3 weeks before he was released. While he was at the house, he had to cook meals and clean the bathrooms for everyone in the house, including the coyotes. 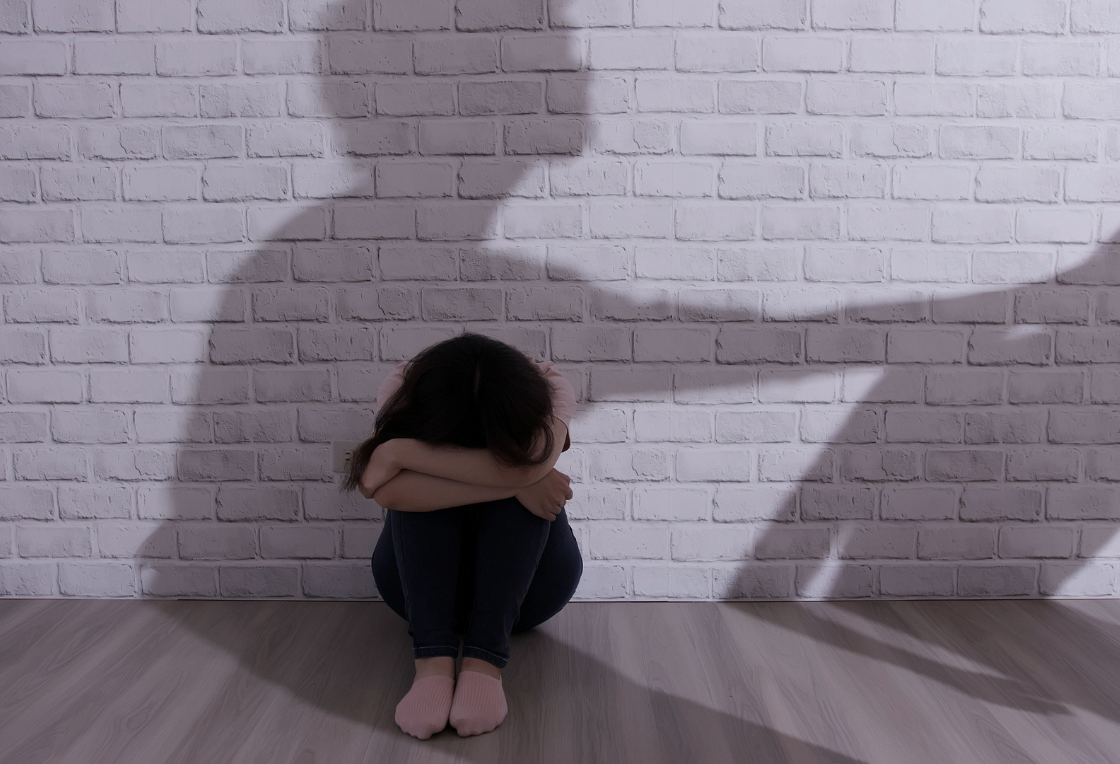 Miranda’s father brought her and her family to the U.S. when she was 8 years old. For as long she could remember, Miranda’s father forced her mother to cook and clean for him, and if she did not meet his expectations, he would beat her. When Miranda was 13 years old, her mother got a job, and her father then began forcing Miranda to take over her mother’s duties of cooking and cleaning. Miranda was not allowed to leave the house except for school and church. As soon as she returned home from school in the afternoon, she had to begin her duties of cooking three separate meals for her father and 2 brothers who all wanted different food. She had to clean the house and do her father and brothers’ laundry. She never had time to complete her homework. If she ever disobeyed, her father would hit her or lock her in her room. Miranda finally escaped after her boyfriend, who she kept secret from her father, helped her run away. 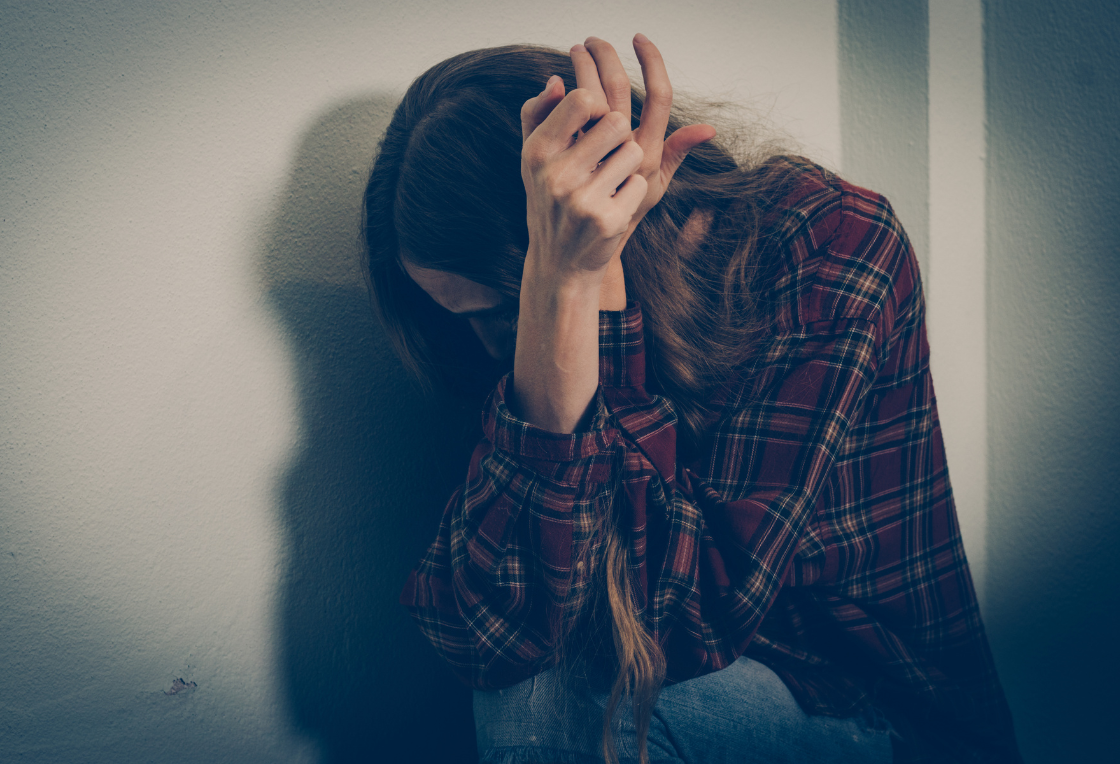 Diana was threatened by a gang member in Honduras, and Diana needed to escape to the U.S. for her safety. She and her family did not have the money to pay for her trip, but a family friend, Luis, offered to help. He paid for and arranged Diana’s trip to the U.S. Once she arrived in the U.S., she was taken to Luis, and he assured her that she was safe. He bought her some clothes and a meal, and then took her to a hotel where he said they would stay the night. Luis told Diana to take a shower, and she got out of the shower, Luis forced her to have sex with him. He said that she owed him for bringing her to the U.S. Luis threatened to harm Diana’s family if she did not submit. He also threatened to kill her family if she ever told anyone what happened. The next day, Luis put her on a bus to New York, where her aunt lived. Diana tried to forget what happened but struggled to keep the secret to herself. She knew if she told her family or tried to report what happened to her, Luis would kill her family. Luis often visited her family in Honduras, and was still collecting on the debt they owed him for bringing Diana to the U.S. She never told anyone until she met with an immigration attorney, 14 years later. 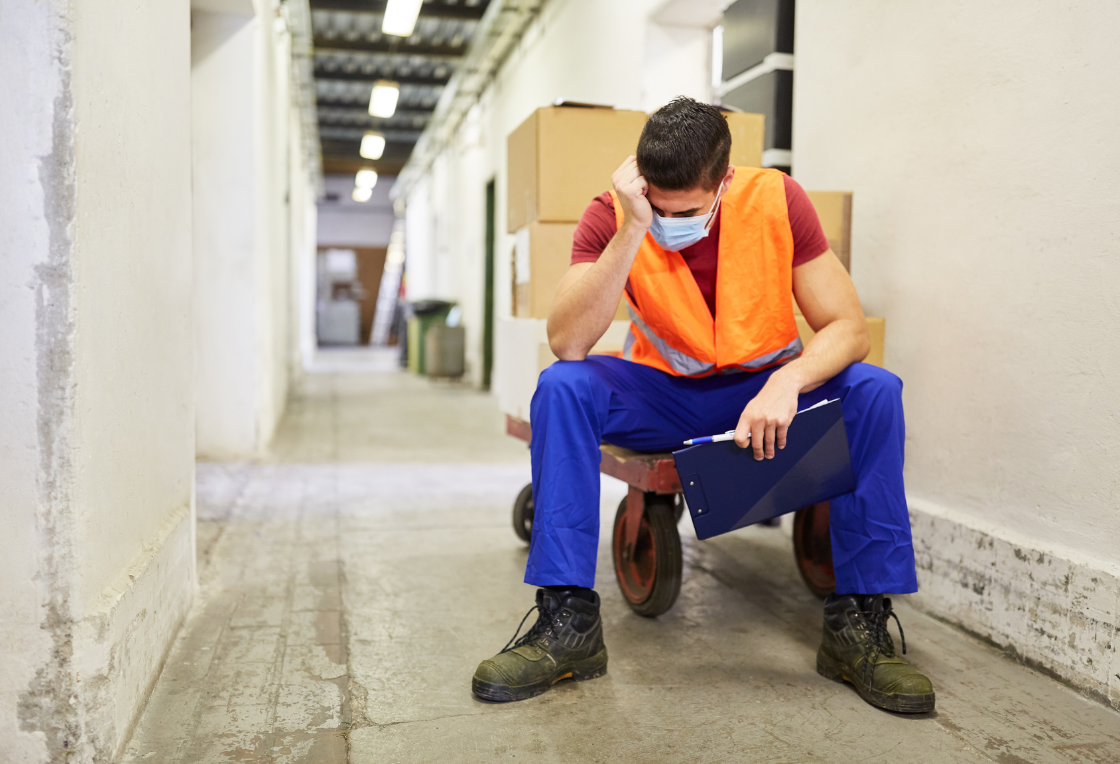 Enrique and his father had just arrived in the U.S. and he was looking for work to help pay for his family’s bills. His uncle told him about a construction job that he was working at. Enrique met with the foreman who offered him a job and promised decent hours and minimum wage. However, when Enrique started working, he realized the job was not what was promised. Enrique did not have a way to report his hours to his job, and he was never trained on the job despite never having worked in construction before. He did not receive safety equipment or training and suffered an injury to his hand while using a power tool. Enrique was bleeding and needed medical attention, however, instead of helping him, his boss yelled at Enrique to get back to work and called him derogatory names. Enrique continued working through his injury because he did not feel he could leave. Enrique also worked longer hours than he expected, often working 16 hours a day with only one 30-minute break a day. When the time came for his first paycheck, he was shocked to find that he was only paid a fraction of what he was owed. When he asked his boss about it, the boss became angry and made excuses that he would be paid more next week. Enrique continued at the job because he and his family desperately needed the money, and he hoped he recover the money owed to him. He had struggled to find work before, and he worried he would not be able to find other work if he tried to leave. Eventually, Enrique was no longer receiving any pay for his work. After about 6 months, Enrique could not handle the harsh work conditions and nonpayment, and he decided to stop working for the construction company. He has never received any of the money owed to him, and Enrique has struggled to find a job since. He has a hard time trusting new employers because of what happened.

¡We can help you!

Call us at (202) 709-6439 for our Virginia offices or email us. If you prefer, you can leave us your information in the following button and we will contact you.

Leave us your information