We have a team of professionals of different nationalities who fight for the rights of immigrants, with a great sense of humanity and empathy, with extensive experience and specialization in solving complicated immigration cases so that you have the confidence that your case will always will be in the best hands. 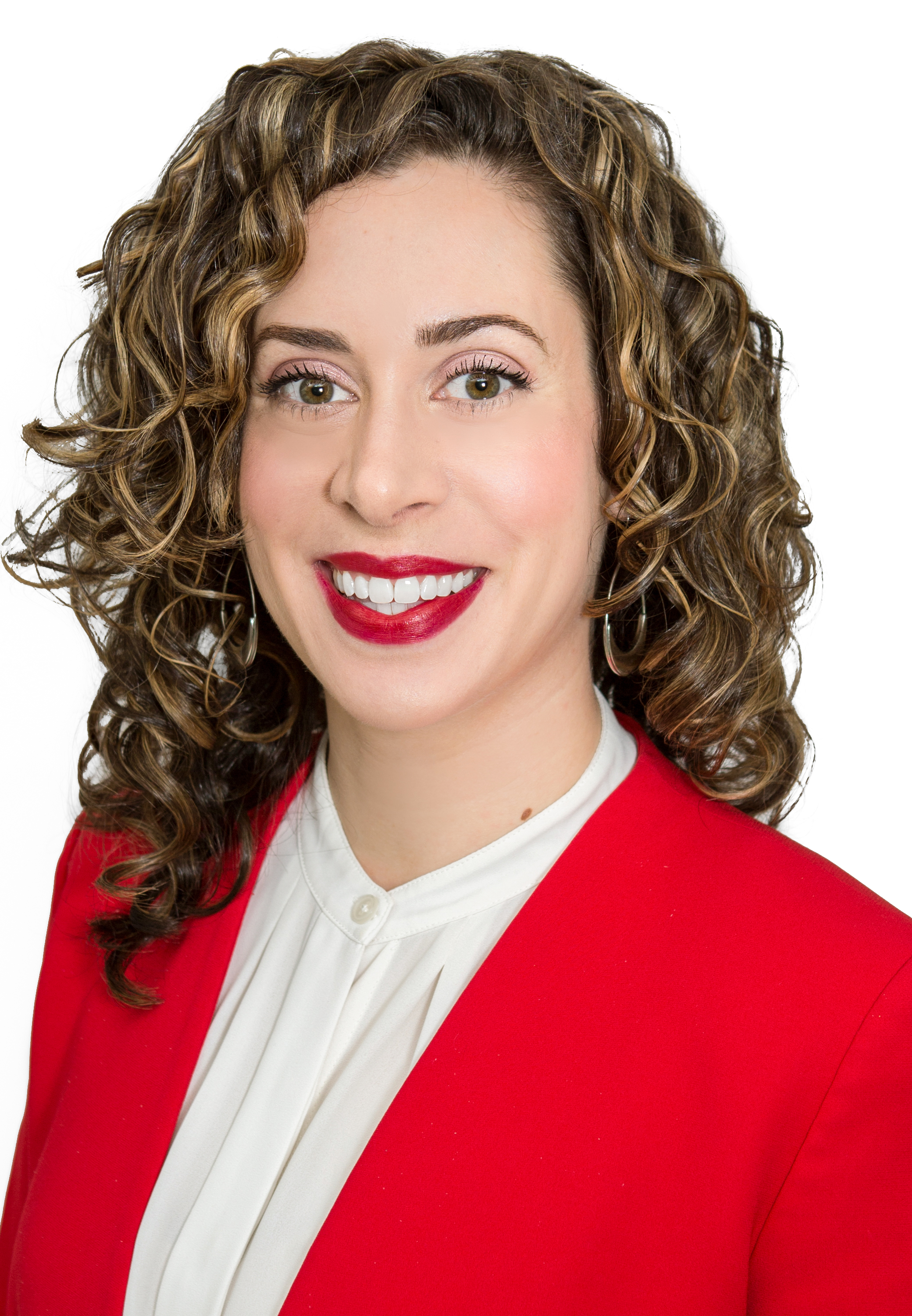 Lauren Eagan is the Founder and Managing Attorney at Eagan Immigration. Ms. Eagan’s practice encompasses all areas of immigration law, with a special focus on obtaining permanent residence (green cards) for foreign spouses of U.S. citizens – even in the most complex cases. She is fluent in Spanish and has worked with individuals and companies from more than 30 different countries.

Ms. Eagan also has extensive experience representing the vulnerable populations, including asylum-seekers, refugees, victims of violent crimes, and survivors of domestic violence. Ms. Eagan has represented asylum seekers from around the world, including  Central America, the former Soviet Union, and the Middle East. She has litigated cutting-edge asylum claims based on gender-motivated violence, LGBT status, and gang violence, among many others. Ms. Eagan has extensive experience in Violence Against Women Act cases and U visas, and she feels fortunate to have been of service to many individuals and families who have thrived after facing terrifying and violent situations.

Ms. Eagan is an experienced litigator who frequently represents clients in Immigration Court for any and all types of relief available to them. She has helped many clients obtain grants of asylum, withholding of removal, relief under the Convention Against Torture, 212(c) relief, adjustment of status, cancellation of removal, and termination of removal proceedings. She maintains excellent relationships with her counterparts in government and is exceptionally skillful at negotiating positive solutions for clients with ICE prosecutors.

Ms. Eagan practice federal immigratin law before the Department of Homeland Security and Immigration Courts nationwide.  She is an active member of the American Immigration Lawyers Association and its Washington D.C. and Seattle chapters. She is fully bilingual in Spanish, and she frequently gives presentations and workshops in the community and for professional organizations on various topics in immigration and nationality law in both English and Spanish. 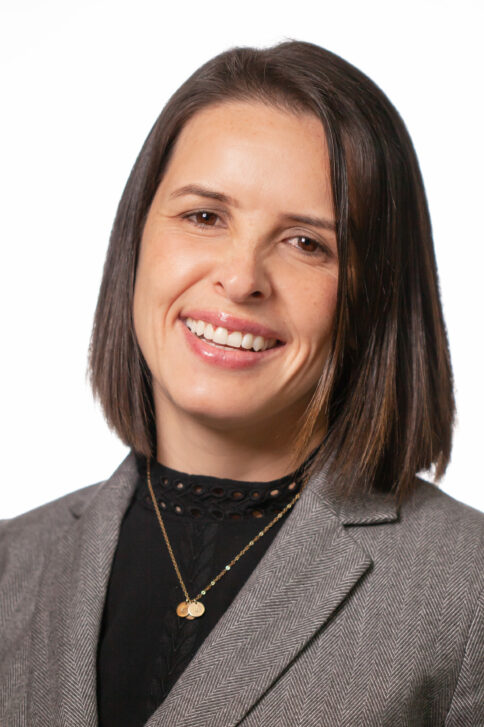 Isabel C. Saavedra is the Supervising Attorney at Eagan immigration. Ms. Saavedra has been practicing immigration law since 2015 and is a member of the New York Bar. Prior to joining Eagan Immigration Ms. Saavedra lived in Colombia and Cambodia. However, living abroad did not stop Ms. Saavedra from practicing Immigration Law and she founded her own firm where she was able to help many of her clients obtain their permanent residence (green cards) and citizenship.  She is fluent in Spanish.

Prior to starting her own practice, Ms. Saavedra worked for Catholic Charities D.C. as a staff attorney as part of its Immigration Legal Services team. At Catholic Charities, Ms. Saavedra represented clients in removal proceedings in immigration court and obtained relief for clients in the form of asylum, U visas, survivors of domestic violence, special immigrant juvenile status (SIJS), prosecutorial discretion, Deferred Action for Childhood Arrivals (DACA), adjustment of status, advance parole and naturalization.

Ms. Saavedra has also worked on the front lines of immigration activist work. In 2015, Ms. Saavedra moved to Dilley, TX to work as a project attorney for the CARA Pro Bono Project. CARA was set up by Catholic Legal Immigration Network, the American Immigration Council, RAICES, and the American Immigration Lawyers Association. CARA works to ensure that asylum seekers (women and children) detained at the South Texas Family Residential Center receive competent legal representation while advocating for an end to family detention.

Being an immigration attorney was always Ms. Saavedra’s goal. She has been committed to advocating for the rights of immigrants in her community and spent three years, between 2012-2015, working at Immigration Legal Services of Long Island, (ILSOLI) assisting immigrants in all areas of family-based immigration law. At ILSOLI, Ms. Saavedra gained a wide knowledge and experience helping clients, both detained and non-detained, with naturalization applications, adjustment of status, discretionary waivers, survivors of domestic violence relief, unaccompanied children relief and cancellation of removal.

Ms. Saavedra’s interest in immigration law came from her own experience as an undocumented immigrant. Now Ms. Saavedra feels proud to be representing and empowering individuals to help them achieve the American dream. Ms. Saavedra’s mission is to fight to keep families together and defend immigrant’s rights. 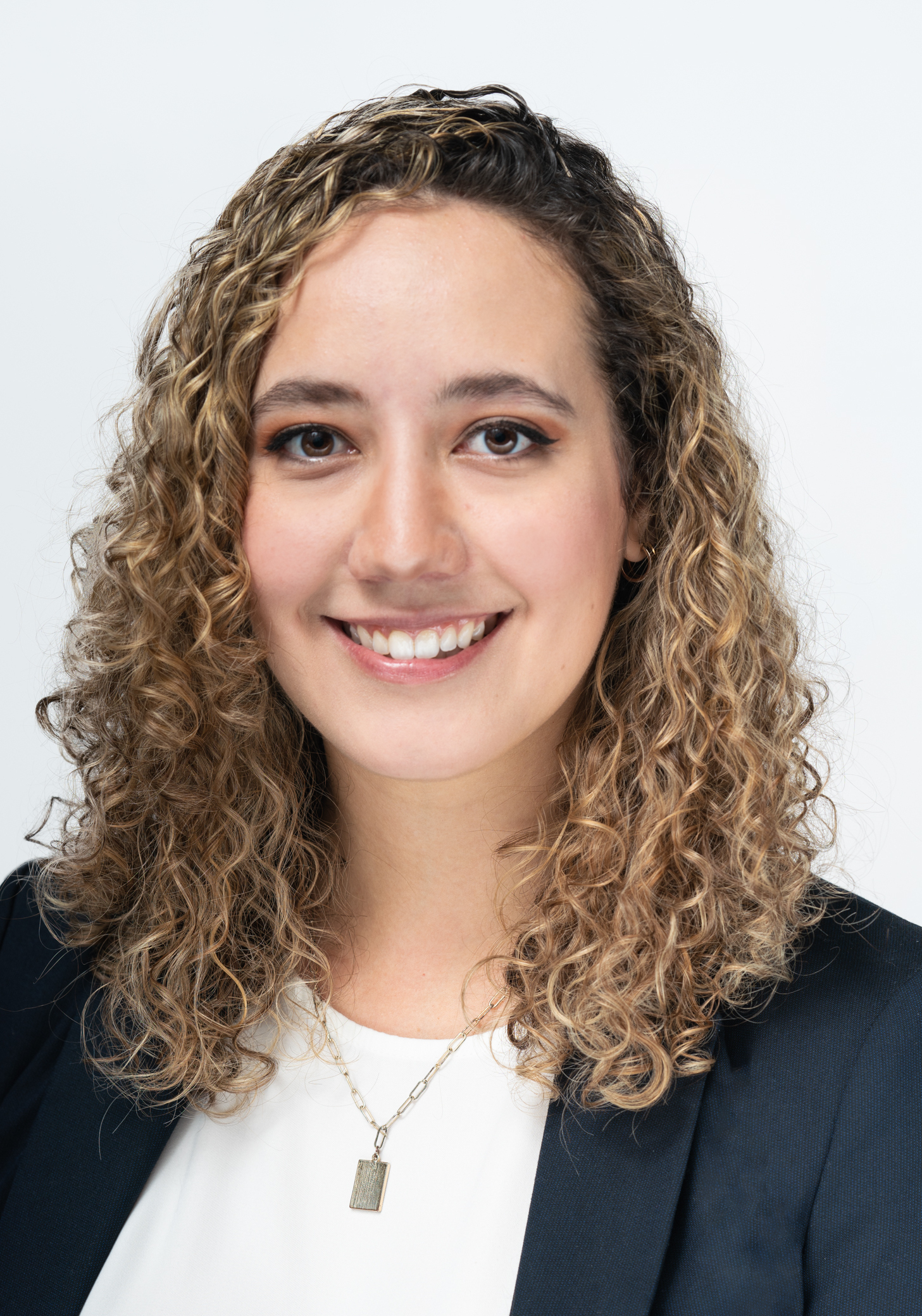 Natalia Villar is the Consultation Attorney and an Associate Attorney at Eagan Immigration. Ms. Villar has been practicing Immigration Law since 2019, and she is a member of the Arizona State Bar. Although Ms. Villar was born in Texas, she lived in Mexico for the first 17 years of her life. As such, she is fully bilingual and bicultural.

Prior to joining Eagan Immigration, Ms. Villar worked for a full-service law firm in Mesa, Arizona. She worked on business immigration cases including TN Visas for Canadian and Mexican Nationals. She also worked on naturalization applications, DACA, family petitions, VAWA, U Visas, T visas, adjustment of status applications, consular processing, and waivers. Ms. Villar’s previous experience includes the American Civil Liberties Union and the Tempe City Attorney’s Office.
Ms. Villar has always been passionate about immigrant rights. During law school, she participated in the Immigration Law and Policy Clinic at the Sandra Day O’Connor College of Law, where she was granted the CALI Excellence for the Future Award for being the top student in the immigration clinic. She also participated in an initiative that gave free consults twice a month and participated in several naturalization fairs. Ms. Villar is passionate about human rights, and she focuses that calling by helping immigrants reach their goals.
Law License:

Alexandra Gillett (“Alex”) is an experienced and compassionate immigration attorney with a long commitment to social justice and immigrant rights. She has practiced immigration law since 2015 after she graduated from DePaul University College of Law in Chicago. In her first five years as an attorney, Alex worked for Justice For Our Neighbors Michigan (“JFON”) in Grand Rapids. There she provided free immigration legal services in West Michigan and specialized in cases for unaccompanied minors and youth (DACA, SIJ, Asylum), families (family petitions, consular processing), survivors of domestic violence and other serious crimes (VAWA, U Visa), the LGBTQ+ community, and refugees and asylees.

While at JFON, Alex worked with organizations dedicated to underserved communities, like the YWCA and the Grand Rapids Pride Center, to better serve their immigrant clients through special legal clinics. Alex later opened a small, solo immigration law firm in West Michigan in 2020 before joining Eagan Immigration in 2021.

Alex has experience counseling and advocating for clients at every stage in their immigration journey, and she has done so during times of extreme and unprecedented changes in immigration law. She has represented clients in DACA, asylum, removal defense, consular processing, and other cases at a time when those programs were frequently under attack and reshaped by the Trump administration. In 2019 and 2020, Alex volunteered her legal skills in Tijuana, Mexico to serve asylum seekers waiting in Mexico. She provided consultations to people preparing to go into U.S. immigration custody at the southern border about their legal rights and immigration options. She also counseled asylum seekers subject to the Migrant Protection Protocols (“MPP”) and waiting for their immigration court hearings.

Bachelor of Arts in Education and Spanish, 2010
Minor in Psychology
University of Michigan
Ann Arbor, Michigan

Michelle Perez is an Attorney at Eagan Immigration. Mrs. Perez has been practicing Immigration Law since 2015 and is a member of the Florida Bar. Prior to joining Eagan Immigration, Mrs. Perez lived and worked in Miami, Florida with a solo practitioner where she represented clients primarily with criminal-related removal issues in front of the immigration court. She is proficient in Spanish.

Working in Miami, Mrs. Perez worked primarily with clients that had criminal-related removal issues and helped terminate proceedings or seek relief in front of the immigration court. She helped non-citizens obtain residency through family-based petitions and consular processing. She also appealed cases to the federal courts when she believed a client’s case was improperly adjudicated by USCIS or the Board of Immigration Appeals.

Helping people understand their legal rights was always Mrs. Perez’s passion. However, her love of the immigration field blossomed when she participated in her law school’s pro-bono immigration clinic for the last two years of school. In immigration court, you are not afforded an attorney so helping those who weren’t financially able to pay for a private attorney only furthered her passion. She gained courtroom experience in helping detained and non-detained clients with relief such as discretionary waivers, cancellation of removal, and asylum. When Mrs. Perez became a licensed attorney, she continued representing those clients until their cases were completed.

Mrs. Perez comes from a family of immigrants and has helped her parents become citizens of this country. She views and treats each client’s case as if her own family was seeking to remain in this country. Her mission is to help clients seek relief and defend their rights. 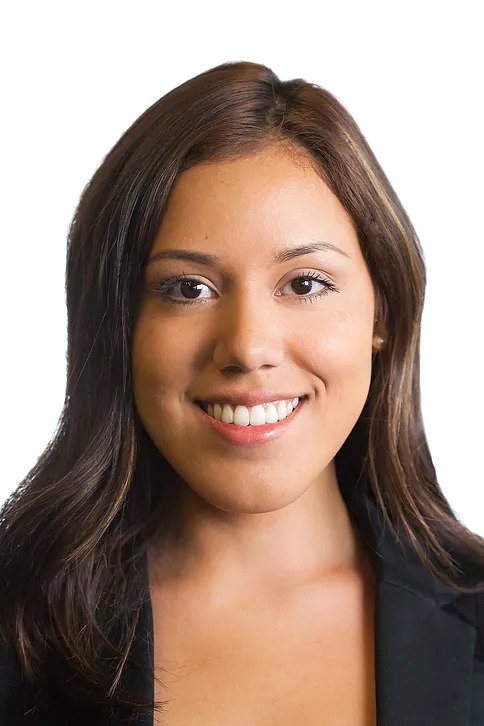 Leslie Aparicio is the Legal Supervisor at Eagan Immigration where she has the pleasure of meeting the clients at first glance to begin their Immigration journey. As the legal assistant, Ms. Aparicio takes initiative in remaining communicative with clients to ensure their needs are being met. Ms. Aparicio has been serving at the firm since mid April 2017.

Born in Fairfax, Virginia from a family of Salvadoran immigrants, Ms. Aparicio moved quite frequently from city to city in the northern Virginia region, finally settling in Ashburn, Virginia to gain more experience in the law field.

Ms. Aparicio landed her first position at a law firm at the end of 2015 at the law firm of Rodriguez & Sanabria PLLC. As the Receptionist, she gained sufficient exposure in the law field contributing to day-to-day tasks such as answering phone calls, scheduling appointments, and billing.

As time progressed, she became more interested in the Immigration field giving her an opportunity to learn more about cases such as SIJS, Adjustment of Status, Naturalization, U-Visa, T Visa, and VAWA. At the law firm, she also had the advantage of acquiring client intake as well as case determination along with the help of the attorney.

Ms. Aparicio takes pride in providing clients with the utmost customer service experience in addition to establishing a client-friendly relationship. She enjoys working with the immigrant community and is excited to continue fighting to keep families together.

Ms. Aparicio graduated from Northern Virginia Community College with an Associate Degree in Liberal Arts. She is currently enrolled at George Mason University studying to obtain her paralegal certificate. During her free time, Leslie enjoys volunteering at her local church, traveling, and spending time with family. 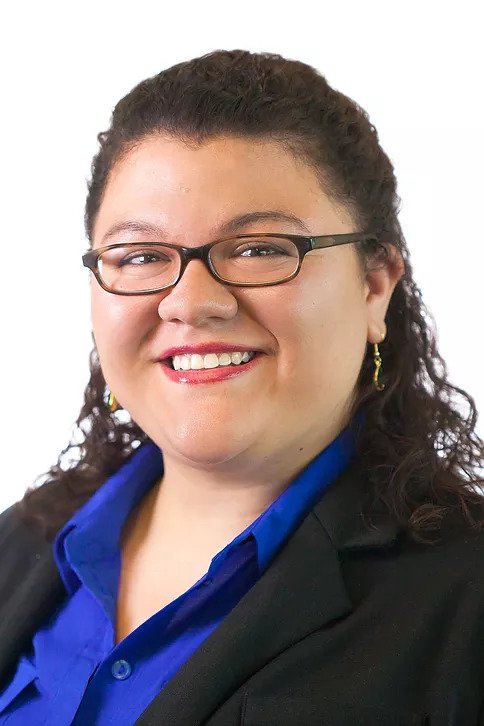 Marcela Velasquez is the Project Manager at Eagan Immigration. She is responsible for scheduling appointments, speaking to clients, managing billing, and other office duties.

Marcela was born and raised in Virginia and is the daughter of immigrants; Her father is from El Salvador and her mother is from Colombia. Marcela’s parents raised her with an example of hard work after starting their own construction company from scratch in the United States. Marcela has worked and studied throughout Virginia, including in Northern Virginia and Richmond. She has experience in various industries, including the restaurant industry, security, and the administrative field. She hopes to return to school to complete a degree in Liberal Arts while still working with Eagan Immigration.

Marcela enjoys working with the immigrant community and is excited to use her heritage as the daughter of immigrants to help other families like hers. Marcela enjoys spending time with her family, playing with her dog, Gus, and trying out new restaurants.

We are a multicultural team speaking 11 languages